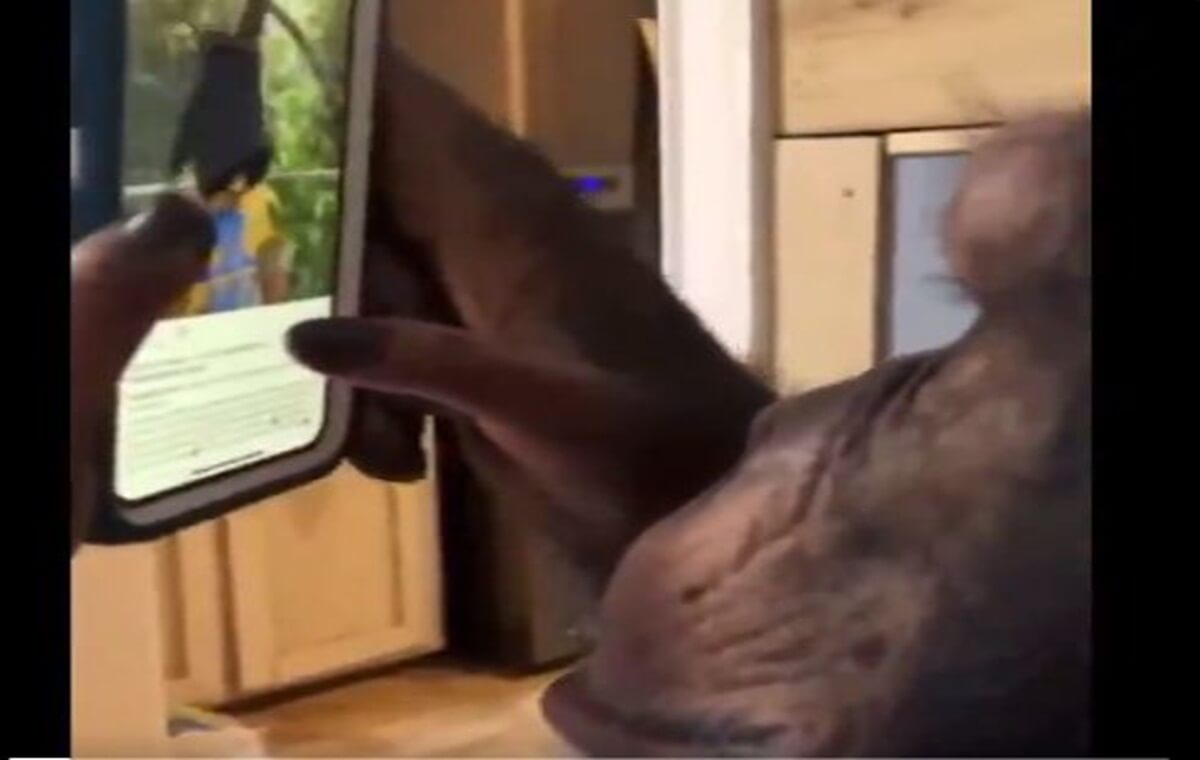 A video of an ape that browse Instagram from an iphone so smoothly that it can attract the social media attentions and the video goes on viral. Featuring an ape who smartly clicks on pictures and play video from a phone that surprise and attracts the people on social media.

By seeing this small smart ape, we can remember the movie Planet Of The Apes where performs all the activities that a man do in his life. In the same way this ape use a smart phone by watching videos and images.

The publishers of this video write a caption with this video that says, “An ape figuring out how to use a smartphone is the beginning of the end for us idiots”

The video actually uploaded in Reddit and from there to Twitter and after that it went viral. Well this video can surprise most of the people. Some people welcome the age of new ape generation while some says these are bad for animals. Here is the bunch of reaction in social media by seeing such a great ape.

Also Read: 12 Great Donald Trump Quotes That You Can Share With Your Friends