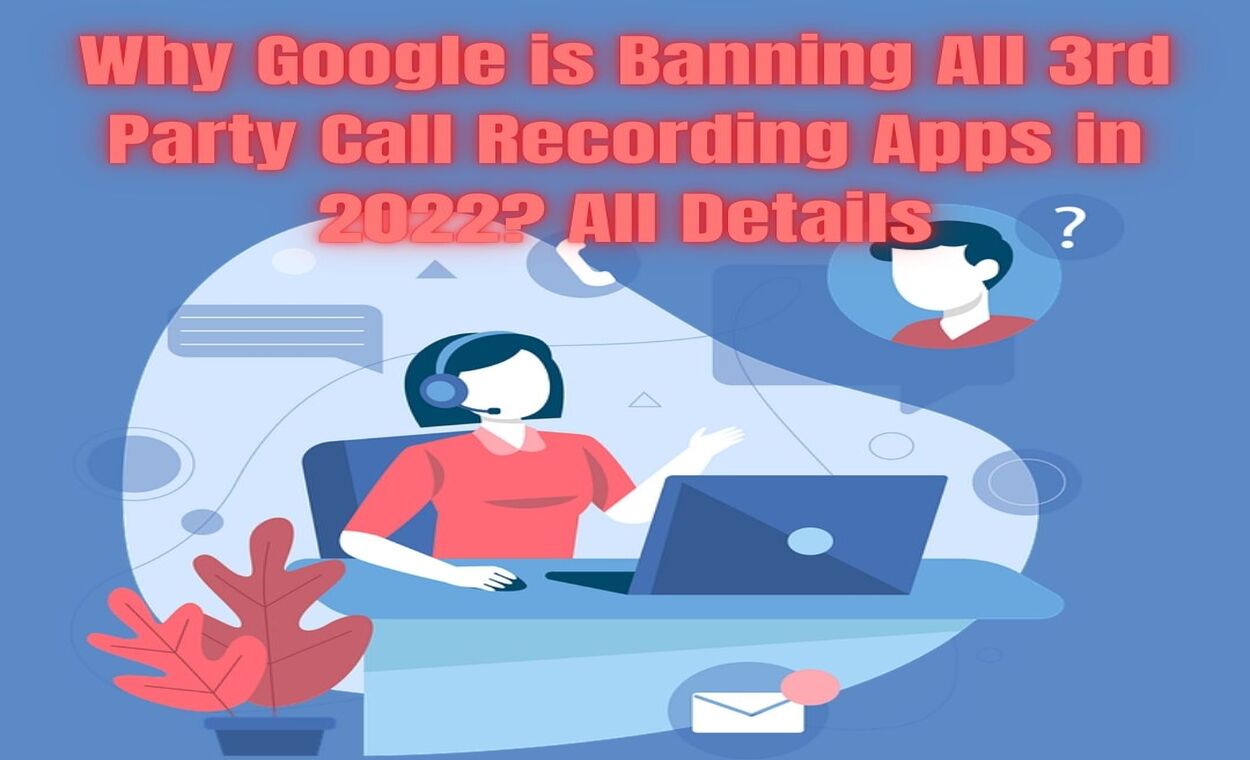 According to a Reddit post obtained by 9to5Google, Google is launching a new Play Store policy that will effectively bar third-party call recording apps from the Play Store starting May 11th. To acquire access to the audio functionalities on Android devices, such apps now use the Accessibility API (which is developed for people with disabilities). The article is included with facts on Call Recording Apps Google Ban.

The guideline specifies that “apps having a fundamental functionality intended to directly benefit individuals with impairments are eligible to utilise the IsAccessibilityTool.” “Apps that aren’t qualified for the IsAccessibilityTool flag can’t use it, and they must comply with clear disclosure and consent criteria. The Accessibility API is not meant for remote call audio recording and cannot be requested.”

“Accessibility capability is not necessary to get access to the incoming audio stream if the app is the default dialer on the phone and also pre-loaded,” stated Google content global operations lead Moun Choi. “As a result, there would be no violation. Because this is a clarification of an existing policy, the new language will take effect on May 11th for all apps.”

-It’s unclear whether the new policy would result in existing call recorder apps being removed from the Play Store.

These apps will be unable to use the accessibility API, which is required for call recording. According to Google, the Accessibility API is not built for remote call audio recording and hence cannot be requested. Accessibility Capability is not necessary to access the incoming audio stream if the app is the default dialler on a phone and is also preloaded. Have a look on the entire discussion on Google Play Store Call Recording Apps Ban.

Because the system apps are pre-installed, they can get any permission they want. Third-party apps, on the other hand, do not have the same freedom and must obtain permissions. It will apply new Google Play Store restrictions prohibiting third-party apps from recording the call audio stream via the Accessibility API.

The Crusade against Misusers is an anti-misuse crusade