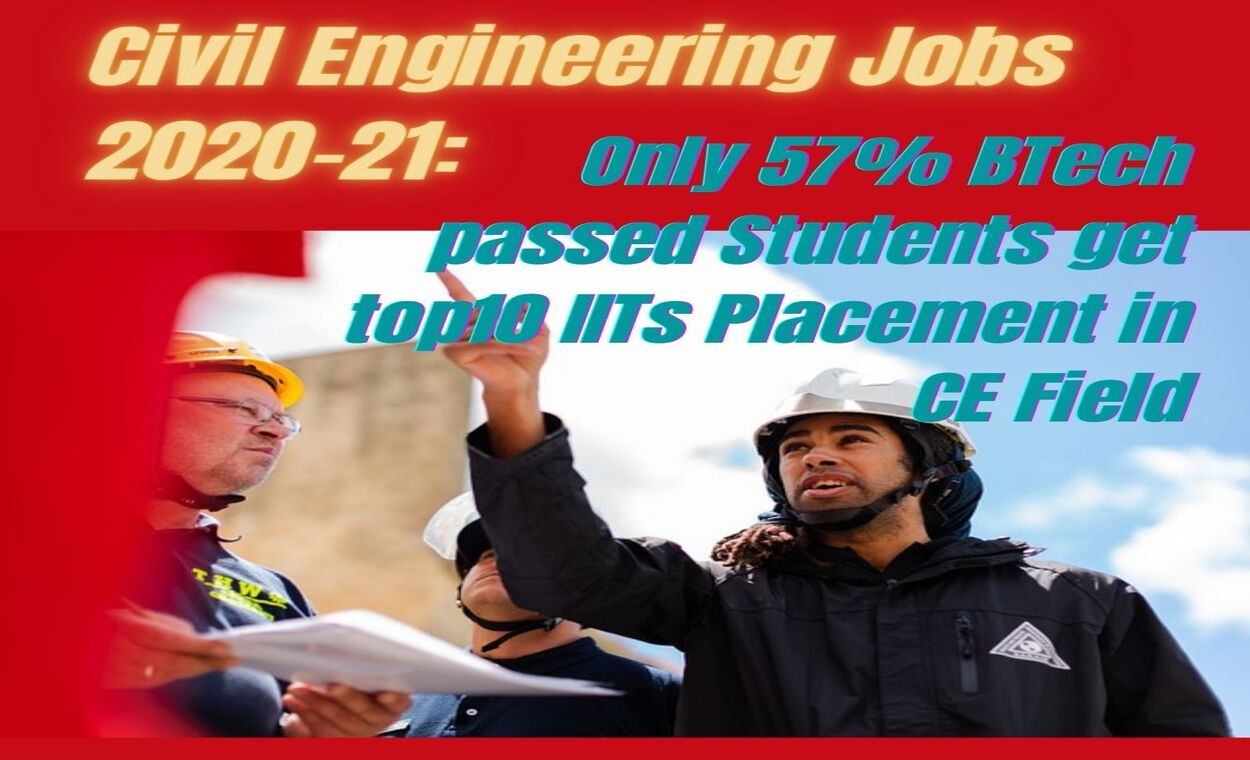 According to the data and survey the Civil Engineering Jobs 2020-21 placement statistics was produced. A few universities didn’t disclose their data – or the data was incorrect or imprecise – while others didn’t teach Civil Engineering at all. They were not considered in this study. Civil Engineering appears to have one of the lowest placement rates among the main branches in both IITs and NITs. Only ten of the thirteen IITs for which we have data have released data that may be used to make the proper comparison. However, this is enough to form a conclusion.

What the Data Says About Civil Engineering Jobs?

Data from ten engineering colleges for Civil Engineering and thirteen IITs for overall placement revealed significant differences in placement rates and average incomes between overall achievement and Civil Engineering. Only 57 percent of civil engineering students who applied for placements were actually placed. Some branches had lower registration rates as well as lower placement rates. Only 43% of students were placed based on the total number of students enrolled. The absolute numbers and percentages are listed in the table below.

Read: What are The Top 100 Free Online Business Directories to List Your Business in 2022?

Read Also: How to Check UP Scholarship Status in 2022? Two Different Ways to Check the Updates @ scholarship.up.gov.in