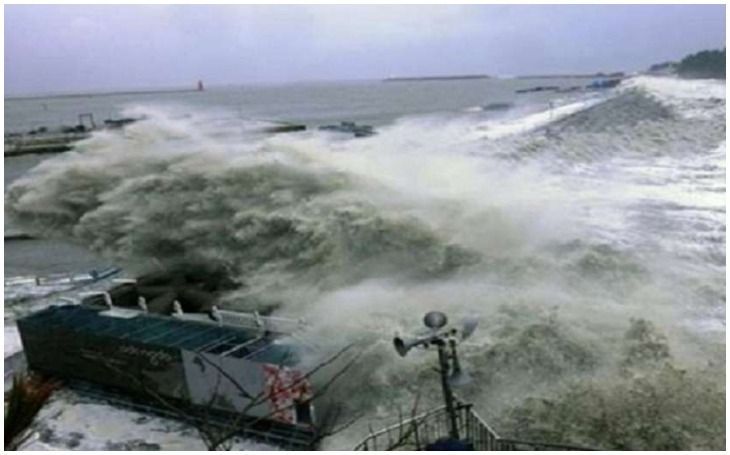 Cyclone Fani: During 2011, cyclone called Yale was occur which was very dangerous. It took the life of many people. Again the same type of cyclone had come back with a greater force named Fani which is an extremely severe cyclone. When it was reaching towards the coastal land it speed became 180-200kmph but on entering the state its speed gradually decreases to a range of 90-100kmph (kilometre per hour).

When the weather forecast information reached through the help of satellite that the cyclone is reaching towards the coastal region, the Kolkata Municipal Corporation  had alerting the people to stay at home, suggesting to keep the phone charged and to keep switch off or plug out electrical appliances as  it can be result to a great damage to people’s life. In this situation, the Media had stop telecasting about the election updates and started telecasting about it to keep the people safe all over India. This proves that it really a great matter to be discussed than the election because these were the people who will later give the vote.

When it enter it first effect the Vishakhapatnam on Thursday (02 May) at 12:00 pm. According to the information given by the weather forecast, it would go to Kolkata on Saturday (04 May) 6:00PM, But suddenly it speed get slowed down and its move towards another direction. when the speed of cyclone will be much decrease than the other two states which was already affected. This cyclone had already killed 2 to 3 people (till no 8 people were killed so far). Due to Fani, Some people they took shelter in the school because there were not too strong home that it could tackle this strong wind. It even drew away the fibre solar panel of some institute also.

So we reach to this conclusion that to this cyclone will become very dangerous to us. We should careful enough and be ready to face this disastrous cyclone.

6 thoughts on “Cyclone Fani in India”