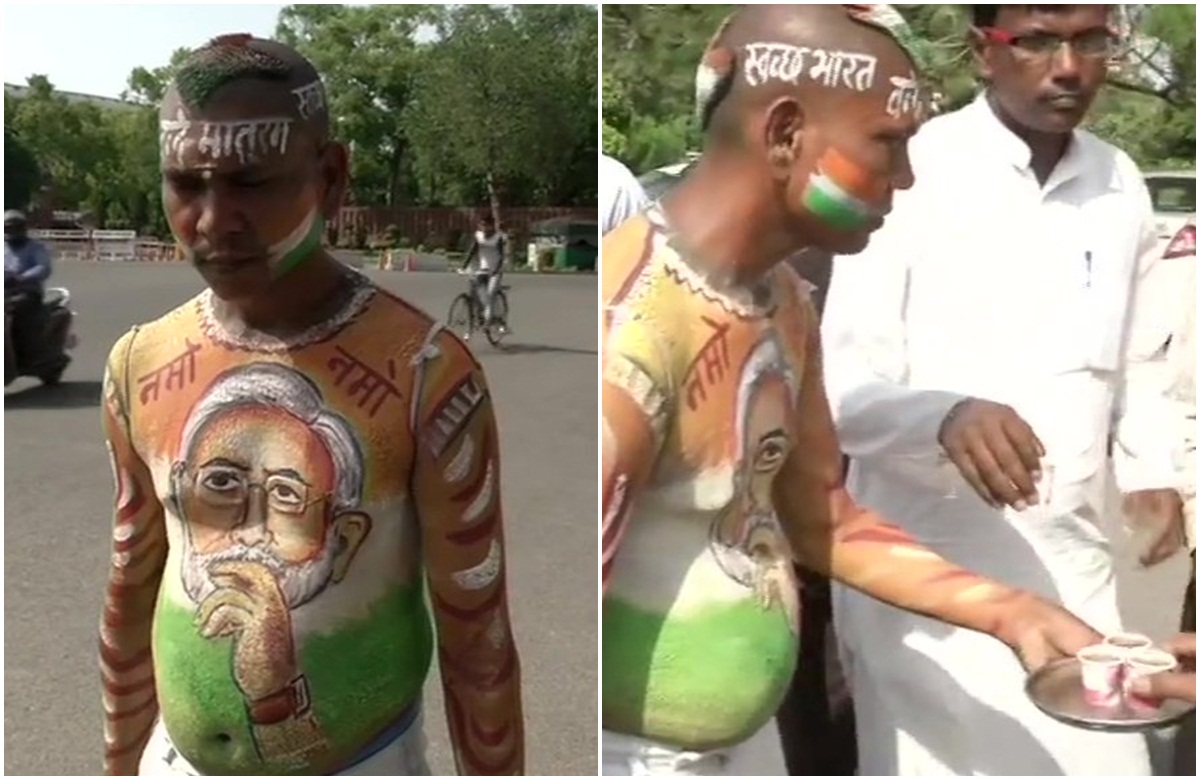 Election Results 2019: The world will witnessed the newly second time Prime Minister of India live directly from New Delhi in today evening. But this will be more important to them who are interested in politics and its game. But there is something which can break all the silence and truly displayed the love for the second time Prime Minister of India, Narendra Modi and his former business of selling  tea.

According to News Agency Ani, a man hailing from Muzaffarpur of Bihar shows his true love for the Prime Minsiter and paint himself with his colorful tattoo on his body. Not only that, he also carry his kettle full of tea and serve those who came and ask him about his love. Wearing a white paint with full body tattoo and a message on his chests that reads “Namo Namo”. His name is Ashok and he is now in Delhi to serve the tea as well the love.

This is the unique way to pays your love and respect. This world will witnesses this love which brings him from Bihar to Delhi. At this moment every on wishes, does our Prime Minister knows about his unique follower. Did he imagine that what paved him to put forward such a big step and travel throughout in India?  This is truly a strange act folded in love for the Prime Minister.