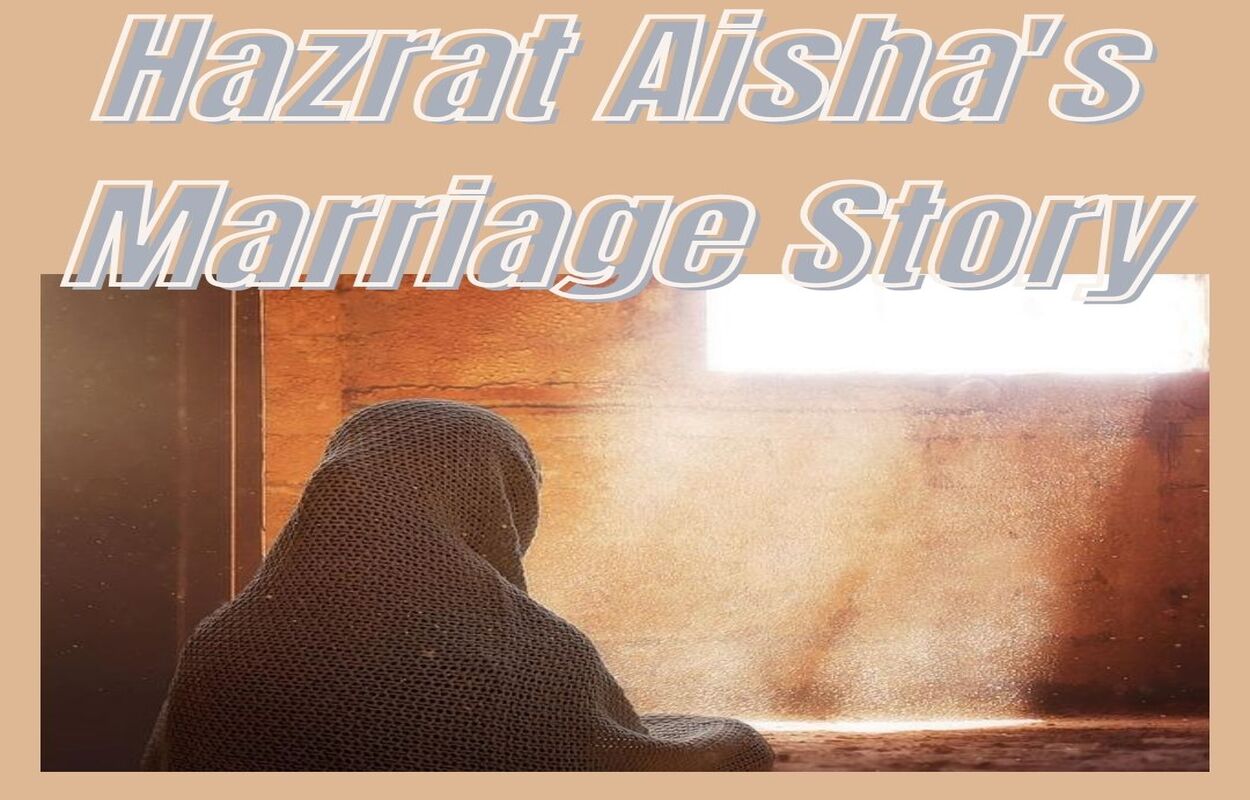 Islam’s detractors claim that Hazrat Aisha was not fully developed when the Holy Prophet married her. Nothing, however, could be further from the truth.

When it comes to Hazrat Aisha’s exact age at the time of her marriage to the Holy Prophet, there is a massive misunderstanding and outright fabrication of facts. Critics have generated a ruckus across many platforms and social media insulting a perfect model of moral characteristics, whose greatness has been recognised by friends and opponents alike.
Many mischief-makers on social media have used some of the traditions without realising the fact that these people’s statements on the subject contradict one other multiple times, leading to a state of confusion. In this post, we shall deconstruct the false claim that Hazrat Aisha was under the age of maturity when she married the Holy Prophet, and give data that will enlighten blasphemers, critics, and honest seekers alike.

This article is included with the detailed information on Hazrat Aisha’s Marriage Story. Please have a look on it.

Hazrat Aisha was ten years younger than her elder sister, Hazrat Asma, according to many historians. Hadhrat Asma died at the age of one hundred in 73 AH, according to two renowned historical texts, Tahdhib-al-Tahdhib and Al-Bidaya wa’l-Nihaya.
By extrapolating from this, Hadhrat Asma would have been around 27 or 28 years old at the time of the Prophet’s travel to Medina. This places Hazrat Asma’s age at the time of Hazrat Aisha’s marriage consummation in 2 AH at 28 or 29 years old. All of these factors imply that Hazrat Aisha should have been between the ages of 18 and 19 at the time of her marriage.

Despite the fact that this perspective makes more historical sense than the nine-year story, it cannot be argued that this is the most accurate estimate of Hazrat Aisha’s age.

Second Perspective: Age of around 14 years

Another viewpoint is that Hazrat Aishara was around 14 years old when she married, which appears to be the most appropriate interpretation in this case. There are numerous historical pieces of evidence that almost prove this fact to a degree of certainty.

According to Tabari’s treatise on Islamic history, Hazrat Abu Bakrra had four children, all of whom were born before Islam[9]. If Hazrat Aisha was born before Islam, she would have been 14 years old in the year 2 A.H.

In Sahih Bukhari, there is a story about Hazrat Aisha’s participation in the battle of Uhud, which goes like this:

People couldn’t stand their ground around the Holy Prophet on the day of Uhud, according to Hazrat Anasra. On that particular day, I noticed Aisha and Umm-i-Sulaimra pulling their dresses up over their feet to minimise any impediment to their movement.

Because of Ibn Umar’s youth, the Holy Prophet forbade him from fighting in the same battle. As a result, the following is reported:

Ibn Umar claims that the Holy Prophet forbade him from participating in Uhud because he was fourteen years old at the time. The Prophet, however, enabled me to join on the day of Khandaq, when I was fifteen years old.

As a result, children under the age of 15 were not permitted to engage in the battle of Uhud, however Hazrat Aisha did, indicating that she was at least 15 years old at the time and 14 years old when she joined the Holy Prophet’s family.
All of these evidences debunk the myth that the Holy Prophet married Hazrat Aisha before she was of marriageable age.

Read: Angel Sighting that will make you wonder about heaven- true or not?

Read Also: Is Crypto Currency Trading Is Allowed In Islam by Mufti Akmal?

It is a well-known truth that the onset of puberty or maturity varies depending on a variety of conditions. Similarly, different acceptable ages for marriage have been found throughout history, and the time factor and current practises should be the primary guidelines rather than comparing an event on a completely different time scale and culture in order to fit and justify one’s prejudiced interests against a particular faith simply out of malice.

The fact is that the Holy Prophet of Islam’s marriage to Hazrat Aisha was a perfect match, with both sides’ consent, including Hazrat Aisha’s parents, as she had reached the age of maturity. As previously stated, the majority of the traditions and references cited to her age being less than 10 years or even lower are completely contradictory and inaccurate.

Despite criticizing and fighting the Holy Prophet on several fronts, none of his contemporaries or staunchest adversaries ever brought this claim. As a result, it would be in the best interests of today’s critics to avoid such nonsense debate and instead adopt dignity in discourse and critique in order to maintain their own credibility.