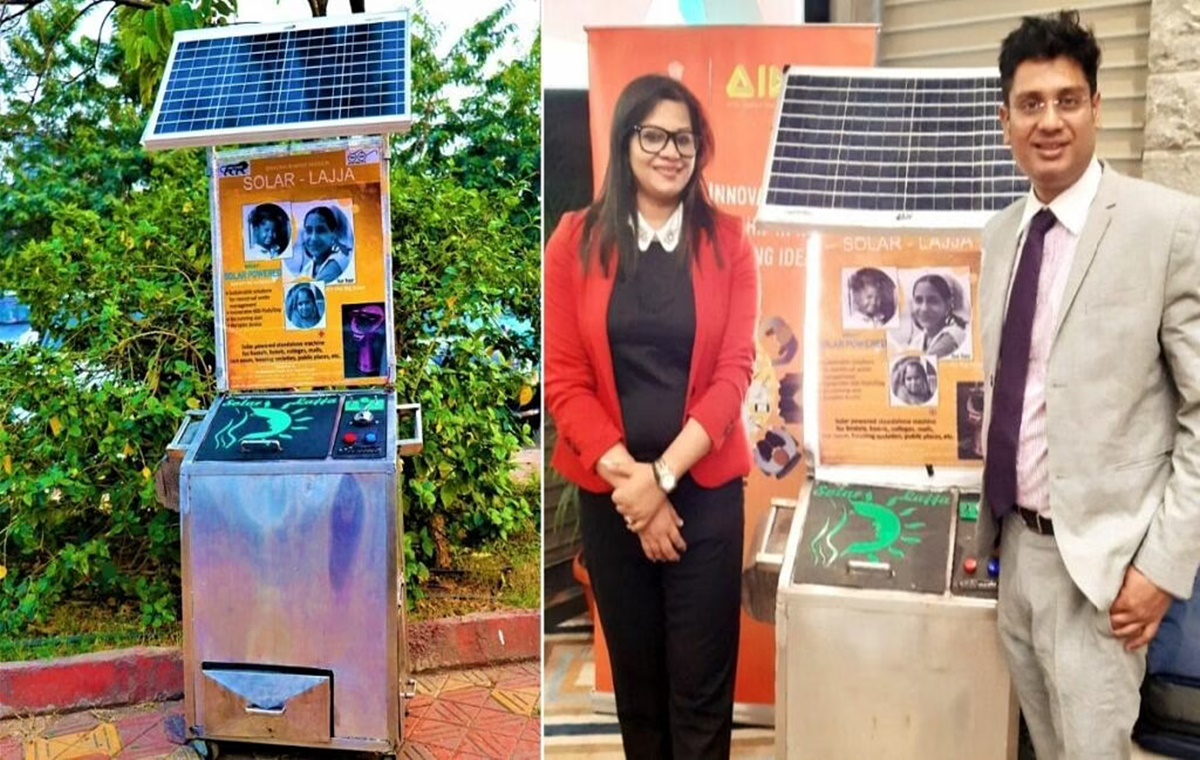 Dr. Gupta realized that women in these remote areas are becoming easy prey to the wilderness as they go to the jungle to dispose of their used sanitary napkins thereby attracting the wild animals with the smell of human blood on the pads. Thus she started to work on how the World’s First Solar Sanitary Pad Incinerator works.

Dr. Gupta calls the World’s First Solar Sanitary Pad Incinerator ‘Solar Lajja’. With this, the women in the rural and urban areas don’t have to worry about disposing of soiled pads anymore.

Solar Lajja is an ecological concept that doesn’t bother the renewable resources of the environment. The women in the rural areas don’t have to think about how the World’s First Solar Sanitary Pad Incinerator works without electricity as it runs on solar energy.

How does Solar Lajja work?

The RBC in the period blood on the pads attracts a special kind of bacteria to thrive on it and rapidly multiply. This gives rise to the foul odor.

Several units of the Solar Lajja have been installed in Rajasthan, Maharashtra, and other parts of the country. It is a step towards maintaining the hygiene and dignity of women and thus how the World’s First Solar Sanitary Pad Incinerator works have been recognized by the UN as one of the top 10 innovations.

Synthetic pads are non-biodegradable and can be used only once. It is better to use tampons, menstrual cups, menstrual sponges, or menstrual discs which can be used and reused if bought once.

It is better to destroy used Sanitary Napkins at home by using Incinerators. Incinerators like ‘Ashudhinashak’, ‘MAYA’, ‘VIRGO’ are small in size and can be installed at a very handy budget in the house.

How to burn Sanitary Pads at home?

It is very unsafe to burn sanitary pads openly at home, not because of the taboo associated with menstruation but because it harms the surrounding with a foul smell caused by the harmful bacterias and the environment with carcinogenic gases. It is safe to use electric Incinerators to burn Sanitary Napkins without releasing any bacteria or pollutants in our surroundings.

Burning or disposing of a Sanitary Napkin openly is harmful to the environment. It lets out harmful gases due to the burning of the synthetic part of the pad and bad odor due to the rapid multiplication of bacterias. Sanitary Napkins are non-biodegradable, hence they don’t mix with the soil and often block the drains. If not properly incinerated, these cause a lot of health as well as hygiene issues.