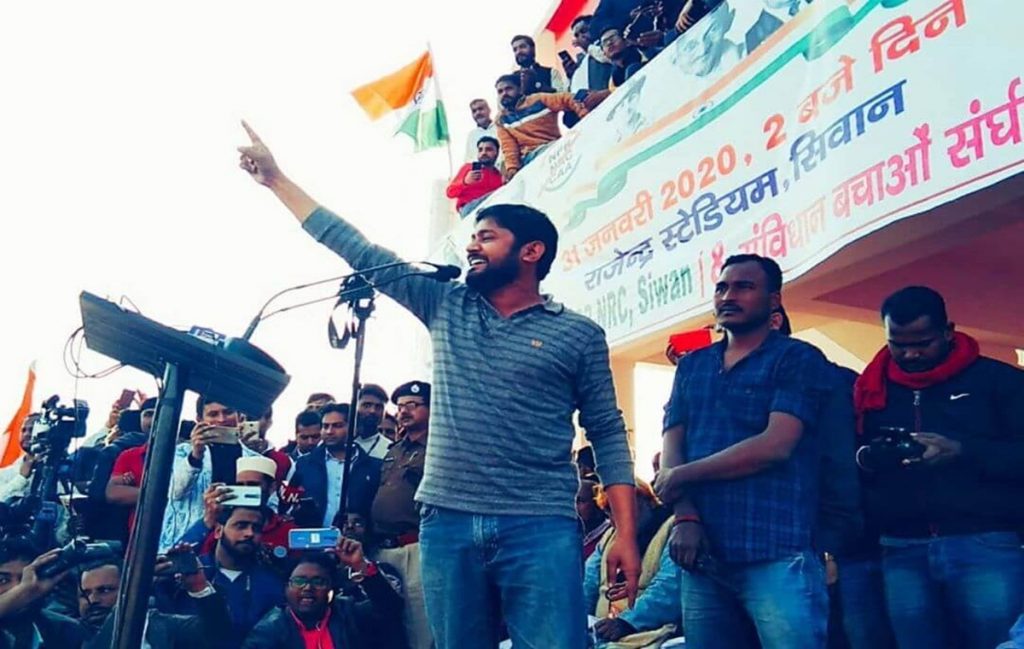 Kanhaiya Kumar, the number one political YouTube sensation in India and the guys behind the Azadi songs is not unknown to anyone. Speakings openly against the Prime Minister of India Narendra Modi and targeting his political party Bharatiya Janta Party also at every political and social gathering, Kanhaiya gain the most fame in the country.

Kanhaiya belongs from Bihar’s Begusarai and came to Delhi to continues his studies. Here he took admission to the country’s prestigious university at JNU (Jawahar Lal Nehru University) and later during his studies he was charged with the sedition case. Kanhaiya saw ups and downs throughout his life.

Kanhaiya Kumar is Well known For?

When was Kanhaiya Kumar born?

Kanhaiya Kumar is a Delhi-born?

No, He was born in the district of Begusarai, Bihar, India

Who is the Wife of Kanhaiya Kumar?

What is the Main Controversy related to Kanhaiya Kumar?

Kanhaiya Kumar and 2 other students of the JNU were arrested by the Delhi Police on 12 February 2016, for raising anti-national slogans. Booked under IPC 124-A (Sedition) & 120-B (Criminal Conspiracy).

He has taken Bachelor’s Degree in Geography, MA in Sociology, and Ph.D. in African Studies.

Kanhaiya Kumar is Well Known for?