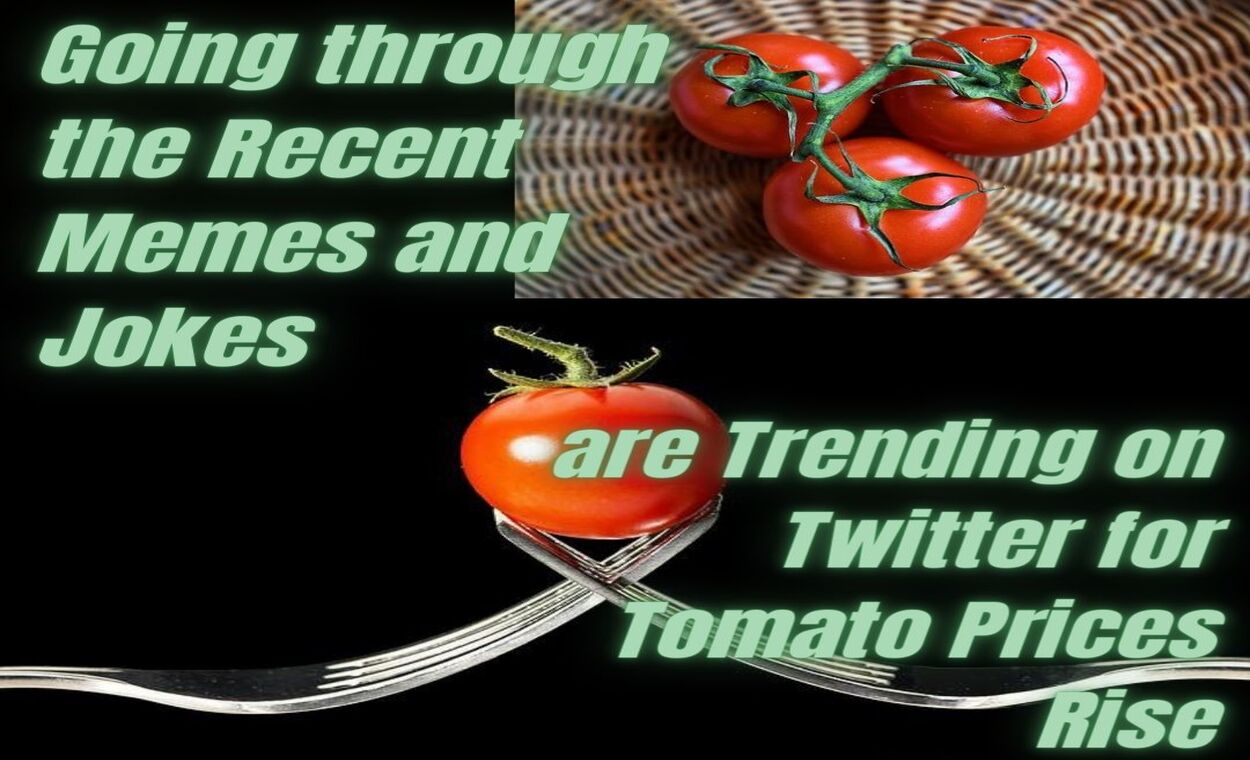 Every household in the country is in a pickle because of the soaring tomato prices. Tomato prices have risen dramatically in both the retail and online sectors, with customers paying anywhere between Rs 90 and Rs 108 per kilogramme. Tomatoes are frequently sold for as little as Rs 20 per kilo during the winter months. People are struggling to cope with the sharp jump in tomato prices, which are an essential staple in most Indian kitchens. The price of tomatoes has risen dramatically in the southern states, since torrential rains in Karnataka ruined the majority of the crops. Recently Memes and Jokes are Trending on Twitter for Tomato Prices Rise, we are about to discuss here.

The Consequences of Tomato Price Rise

Some vendors are attempting to profit on the present problem by stockpiling tomatoes. To keep rising tomato prices in the national capital under control, Delhi Food and Civil Supplies Minister Imran Hussain ordered a crackdown on hoarders on Wednesday. However, the rise in tomato prices has spawned a slew of amusing memes and jokes on the internet. On the microblogging platform, Twitter users showed their disappointment in the most humorous way possible.

The price increase for tomatoes quickly went viral on Twitter. People turned to Twitter to express their displeasure with the price hike, and memes and jokes with the hashtag #tomato quickly became popular.

Tomato is placed instead of a diamond on an engagement ring.

Athletes are running in a race. And the winner price will be tomato.

A tomato seller is about to get a lot money shortly.

The world is parting away for a wide war for tomato.

Son: Govt. has reduced ticket prices to 50. All of us can go for a movie instead of spending money on eating.

“Tomato prices appear to have reached an all-time high. Lemons and tomatoes are competing “, a Twitter user stated.”In India, #tomatoes are as pricey as rubies these days,” another user wrote, “while the pricing of lemons are comparable to topaz!” The third comment stated, “Those concerned about the 5% drop in LIC shares might consider investing in Tomato, which has gone from Rs 70 to Rs 100 in a single day! Tomato #LICIPO “.

Read Also: Death by Heartbreak? When Love Can Kill

Tomatoes are being sold for more than Rs. 100 per kilogramme in Karnataka, particularly in Bengaluru, according to several sources. The food ingredient is now selling for Rs. 60 per kg in Pune. The retail market price of tomatoes in Bhubaneshwar, Odisha, reached Rs. 120 per kg. Andhra Pradesh, on the other hand, gets this vegetable/fruit for around Rs 70 per kilogramme. “The wholesale price of tomatoes is Rs. 60 per kg. Rain has affected production and supply chains, and the increasing price of gasoline and diesel has also contributed to the hike “ANI spoke with a trader from Delhi’s Gazipur vegetable market.