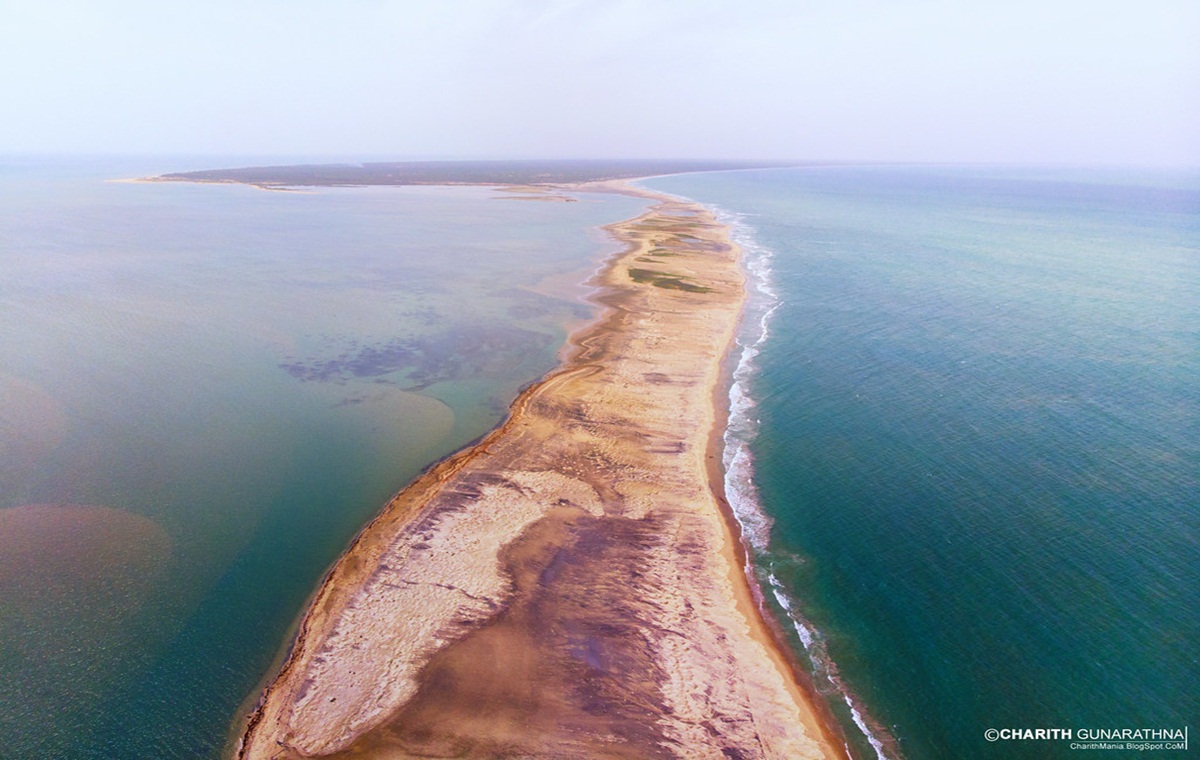 When we talk about Hindu mythology various thoughts come within our minds. From the concept of our Solar System to the idea of Gravity, there are various inventions and discoveries given by the Ancient Hindu mythological scientists which are mentioned in Vedas like Rigveda and Yajurveda.

However, these discoveries were later shaped by the modern world and scientists. Also, there are many unrevealed mysteries of Hindu mythology which are still undiscovered and if any of them have, then why is it not mentioned in any official journals? One of them is, “Ram Setu” or can we say “Adam’s Bridge”? It is the chain of limestone shoals, between Pamban Island, also known as Rameswaram Island, off the south-eastern coast of Tamil Nadu, India, and Mannar Island, off the north-western coast of Sri Lanka.

The Bridge is generally known as Ram Setu as according to Ramayan which is a Hindu ancient Sanskrit epic the Ram Setu bridge was built by the Rama’s ‘Vanara Sena‘ or ‘Ape Army’ to reach the Lanka where Sita, who is the wife of Lord Rama was kidnapped by Ravana.

On the other hand, Ram Setu is also called Adam’s Bridge as the name Adam’s Bridge comes from some ancient Islamic texts referring to Adam’s Peak in Sri Lanka (Adam is supposed to fall in this part of the earth). However, the debate that whether the Ram Setu was a natural formation or man-made has been going on for years.

Even the existence of the bridge was also questioned. Many historical Hindu temples use to believe that the Ram Setu was visible till the 15th century. But, in the year 1480, a devastating cyclone hit the region which resulted in the sea rise and washed away most parts of the bridge.

On the other hand, Science had its own belief that the bridge was constructed on its own. Although all of these things got changed in 2002 when NASA satellite took a high-resolution picture of
Ram Setu.

By this, the mystery once again grabbed everyone’s attention as after the picture shown by NASA it became clear that the bridge is not a natural construction but a man-made creation. Besides, the Hindu mythology believes that it was the Lord of Ocean who told Lord Rama that it is the Nal and Neel ( monkeys from Ram’s Ape army) the blessed son of Vishwakarma who could take the initiative to build the Bridge.

It is the name of Lord Rama which has to be written on each pebble which has to be used for construction so that it would not drown.
Also, scientifically with the help of some geological rule, it was proved that the Ram Setu was man-made. The layers found underneath the pebbles are 4000 years old and the pebbles which were used to create the Bridge are 7000 years old.

Even though Ram Setu was man-made and after all of this evidence no scientific journal has cleared the mystery as it could raise many questions on them. Not only Ram Setu but also there is much other evidence that ‘Ramayana‘ actually existed.

The footprint of ‘Lord Hanuman‘ in various places including ‘Ashok Vatika’ is one of the biggest examples. The question here arises that why the science is not accepting the fact and publishing the Evidence on any of their official journals??