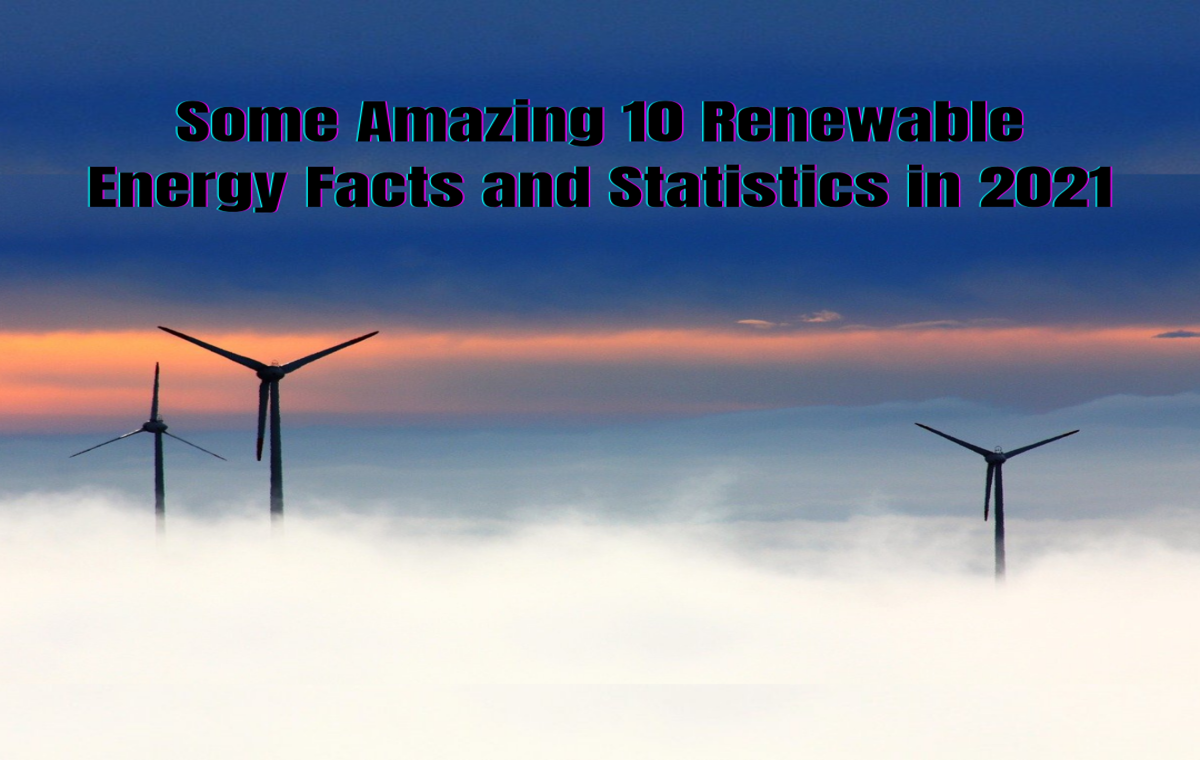 Renewable energy comes from four sources: the sun, wind, sea, and earth. All of these things contribute to a more sustainable way of life. Solar energy from the sun, wind energy, wave energy, and geothermal heat from the ground are all playing an increasingly important role in our energy mix, helping to reduce our reliance on fossil fuels and lower emissions into the atmosphere. Let’s have a look at Renewable Energy Facts and Statistics.

Renewable energy is not a new innovation, despite the fact that there is a lot of technology surrounding it. Windmills were used to pump water and process grain in China circa 200 BC. The first people to harness geothermal energy to heat their homes were the Romans.

We aren’t quite there yet, despite our present attempts to use renewable energy sources. Scientists believe that if we could lock down renewable energy, all of the sunlight that falls on the planet in a single hour could supply the world’s energy needs for an entire year.

Solar power has long been criticised for providing energy only while the sun is shining, but new breakthroughs mean that solar energy may now be stored in a particular salt and used at night. During the day, a power plant in Spain soaks up the sun, and at night, it pumps out seven hours of electricity to the surrounding areas.

Siemens produced the first commercial offshore wind turbine 30 years ago. It had five-metre-long blades and produced only 30 kilowatts of power. The company’s most recent model features 75-meter-long blades that generate six megawatts (25,000 times more) of power, enough to power 6,000 houses.

Due to the ever-expanding world of technology and the rise of the internet, more and more energy is required to power data centres in order to satisfy our online addiction. Google, Apple, and Facebook are assisting in meeting this demand by sponsoring and creating large solar farms that produce millions of clean kilowatts each year.

In 1990, a solar-powered plane achieved a world record by flying across the United States in stages without consuming any gasoline.

Albert Einstein is most renowned for his work on relativity and gravity, but he also won the Nobel Prize in Physics in 1921 for discovering the photoelectric effect, which is responsible for the existence of solar panels today.

Although the United States uses the most renewable energy (24.7 percent of global total), smaller countries are at the top of the clean-living rankings. The Itaipu Dam in Paraguay generates 90% of the country’s electricity (replacing 67.5 million tonnes of CO2 annually), whereas geothermal and hydropower provide 100% of Iceland’s energy. There are questions concerning the viability of installing an interconnector in the UK grid because the country has so much geothermal capacity.

According to the WWF, by 2020, the entire globe may be powered entirely by renewable resources, ending our dependency on dwindling fossil fuels and other resources, but only if the correct political, financial, and societal decisions are taken.

What makes Renewable energy so appealing?

Read: Career Counseling: Want to get the best career guidance? Quantel will help you!

Global warming, climate change, air pollution, and ocean acidification are all aided by renewable energy. It also aids in the reduction of our carbon footprints, as well as the creation of new jobs. Renewable energy, in general, contributes to healthier and more sustainable living. And, happily, it is now more popular and accessible than ever before, all around the world.