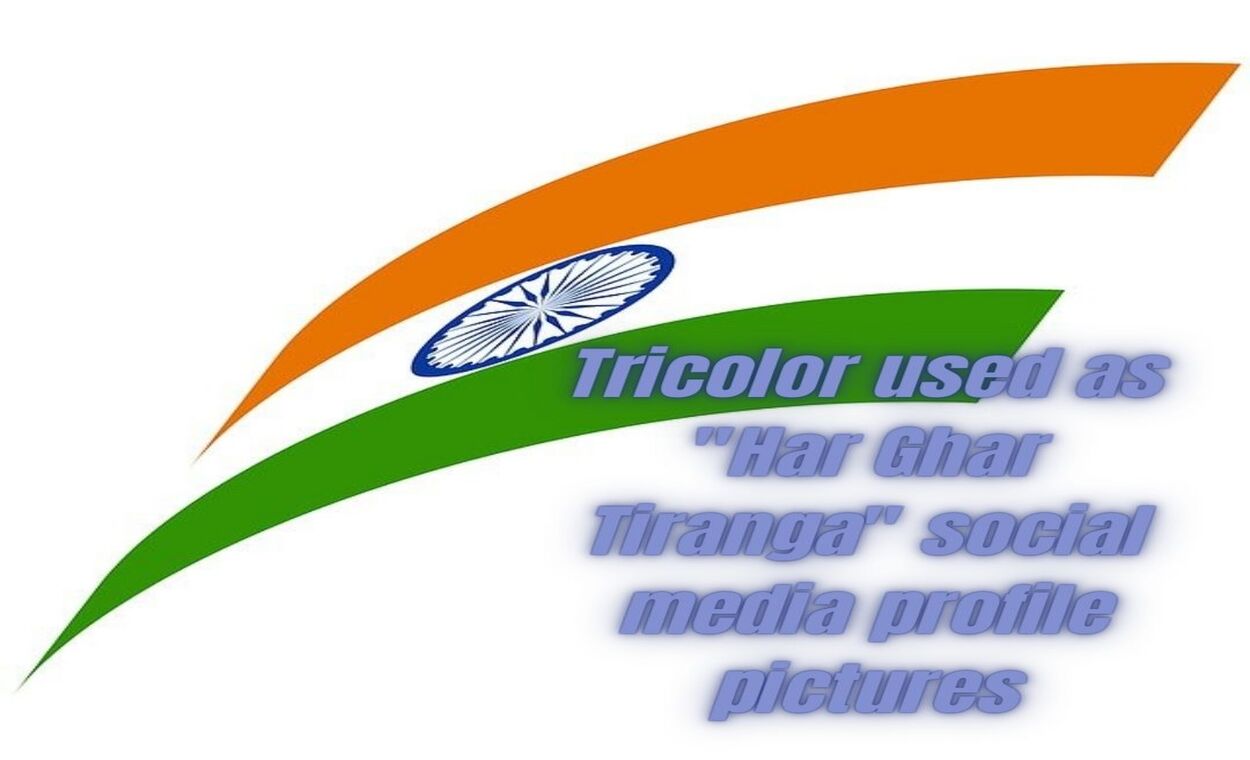 The Concept- Announced by the PM

In honour of the 75th anniversary of India’s Independence, Prime Minister Narendra Modi has urged all citizens to turn the “Har Ghar Tiranga” campaign into a widespread movement by hoisting or displaying the national flag at their homes and using the tricolour as the profile picture on social media.

This Sunday during his monthly radio address, “Mann ki Baat,” Prime Minister Modi announced that the “Har Ghar Tiranga” movement is being organised as part of the 75th anniversary of India’s independence and that “by joining this movement, from August 13 to 15, you need to hoist the tricolour at your home or decorate your home with it.”

During the period of August 2 to August 15, he recommended people to use the national flag as their social media profile picture because “the tricolour connects us and evokes us to do one thing for the nation.”

Presenting the theme of flag on social media

Here, we’ll explain how to add the national flag to your Facebook, WhatsApp, Instagram, and Twitter profile pictures. We’ll likely be doing this in two parts: first, we’ll explain how to include the Indian flag in your profile photograph; second, we’ll probably be changing the profile image on various social networking platforms.

Half 1: Adding an image of the Indian flag to your profile

Use the Facebook app to add the Indian Flag to your profile picture. What is advised is as follows:

You currently have a profile picture that features the Indian flag. Please be aware that the image you download will be around 900 by 900 pixels in size. So it should work for the majority of social networking sites. The following are the suggested sizes for profile photos on social media sites:

If you don’t have a Facebook account, you can still add flags to your images and scale them to fit the social networking platform using a number of apps and online tools. Some of them include Flag Face, Lunapics, Flagstickers for Pictures, and Flagmypicture.com. Do bear in mind, though, that these are third-party applications and tools. Therefore, before using, carefully evaluate the ratings.

How to modify your profile photo on several social media sites

The aforementioned procedure will immediately alter your Facebook profile image.

At the bottom, select the Profile icon. Edit your profile Change your profile picture New profile image Tap the “” symbol in the upper right corner after choosing the Profile Image with the Flag that was downloaded.

Go to your profile and click or touch the Edit profile button to make changes to your: Banner, or “header” photo. The image is uploaded, then saved.

This Sunday, in the monthly radio address “Mann ki Baat,” Prime Minister Modi stated that a special movement called “Har Ghar Tiranga” is being organised in honour of the 75th anniversary of India’s independence and that “by joining this movement, from August 13 to 15, you must hoist the tricolour at your home or adorn your home with it.” So act quickly and join us in this endeavour.