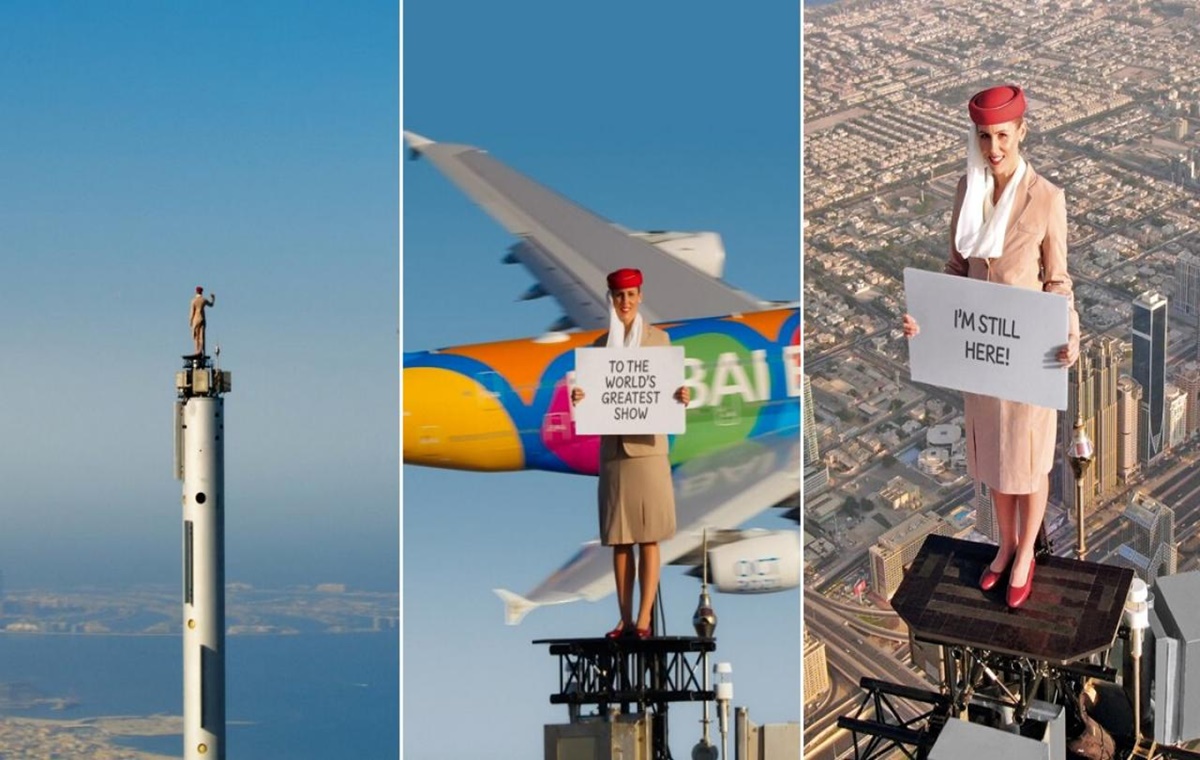 I know it is hard to imagine Cabin Crew Stand on Burj Khalifa! But it’s a reality now. Now the record of standing on the highest man-made pillar is created. Let’s check it out the super-viral news. Stuntwoman Nicole Smith-Ludvik, dressed in an Emirates crew suit, stands unfazed on top of Dubai’s Burj Khalifa in the hair-raising film.

Feel the Thrill of the Viral Story

To get the perfect photo- Nicole Smith Ludvik Stand on Burj Khalifa, Emirates pilots flew the A380 11 times around the Burj Khalifa. Emirates Airlines has released a video of a woman dressed as a cabin crew member standing on top of the world’s tallest building, the Burj Khalifa, while an A380 airliner glides close by.

No, it’s not a Stunt, it’s a Reality with Safety Protocol

Stuntwoman Nicole Smith-Ludvik, dressed in an Emirates crew uniform, stands unaffected at the highest place a person may be on a man-made structure in the hair-raising film. An Emirates Airbus A380 glides past her, surprisingly close to her, painted in the Expo 2020 motif. The woman is holding a number of signs that promote Expo 2020 and Emirates. Emirates explained the stunt’s backstory, saying it was meticulously planned and adhered to the strictest safety standards.

The Perfect Shot for the Viral Lovers

Yes, it is a perfect shot for the viral story lovers- the Emirates Airlines Cabin Crew Nicole Smith Ludvik– just imagine once. The pilots flew the A380 11 times around the Burj to acquire the perfect photo of the plane passing past the woman on top of the building, at a speed of 145 knots, which the airline claimed was unusually slow for an A380. The plane soared within 0.5 miles of the woman and level with the top of the Burj Khalifa before spinning around Dubai. I can say it quite surely that it will come on Emirates Burj Khalifa Airlines Ads shortly.

The Final Thought by the Viral Person