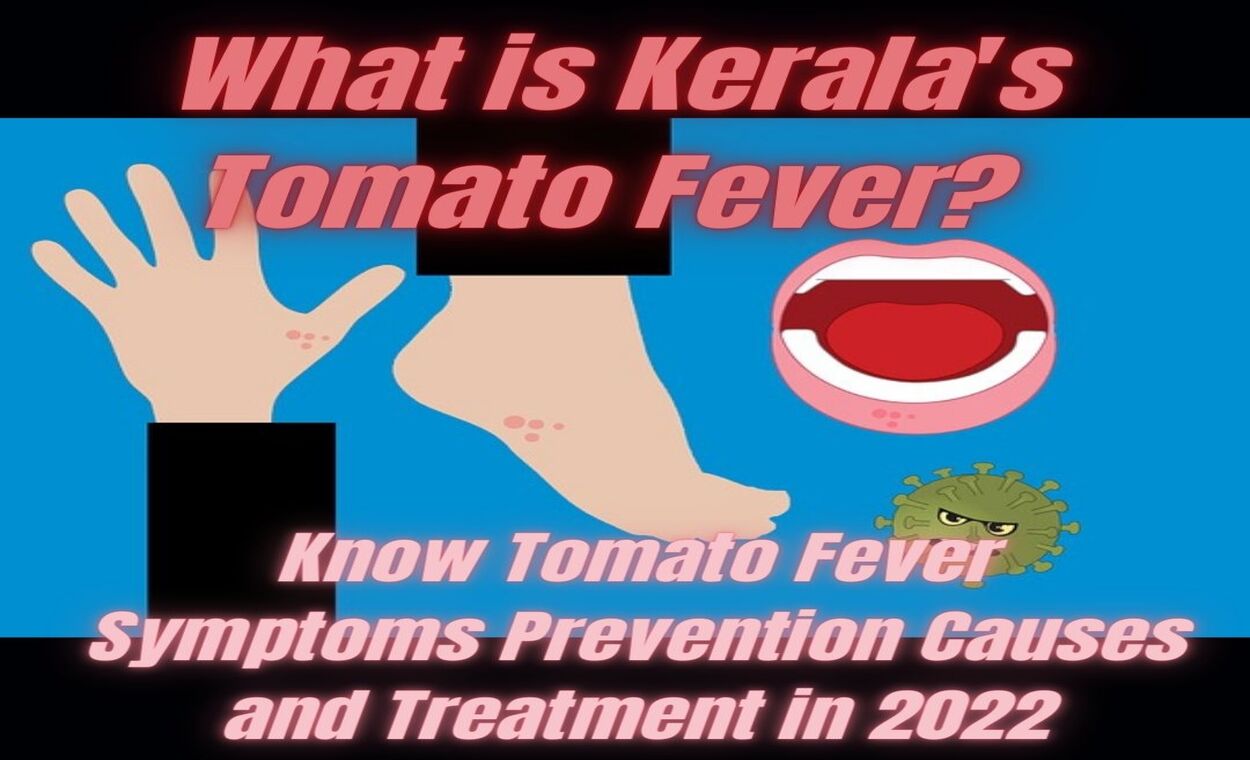 The emergence of a new virus in Kerala comes only days after a little girl died after contracting Shigella bacteria after eating a shawarma wrap from a restaurant in Kasaragod, Kerala. Kerala has already registered 82 cases of ‘Tomato Flu’ or ‘Tomato Fever,’ according to local media sources, with the number expected to rise. The specific aetiology of the illness remains unknown. So it is necessary to know the Tomato Fever Symptoms this time to be preventive from such a harmful disease.

An Overview on Tomato Fever

Tomato fever is an unknown virus that primarily affects the Indian state of Kerala. It’s also unclear whether the illness is caused by a viral fever or is a side effect of chikungunya or dengue virus infection. The Tomato Fever has had the greatest impact in the cities of Kollam, Neduvathur, Anchal, and Aryankavu, all of which are in Kerala. Anganwadi centres have been closed as a precaution, and officials have started small-scale awareness efforts to promote awareness.

The Outbreak of Tomato Fever

The Kerala Health Department is keeping a close eye on the issue because the illness affects children under the age of five, making it a public health emergency. All 82 cases of Tomato Fever that have been documented have occurred in Kollam. What’s more alarming is that all of the confirmed instances have involved children under the age of five, and they’ve all been reported to public health authorities.

Tomato illness is characterised by rashes the size of tomatoes, skin irritation, and symptoms of dehydration on the tongue of a child suffering from the disease. The worms had also emerged from the boils, according to a limited number of patients.

Rashes, skin discomfort, and dehydration are common symptoms of an infected child. As a result, blisters form in various parts of the body. The term “tomato flu” or “tomato fever” stems from the fact that these blisters are generally spherical in shape and red in colour, earning them the moniker. Although this form of flu has only impacted a small region of Kollam, state health officials have warned that it could spread to other locations.

1. If you notice any of these symptoms in your child, take him to the doctor straight away.

2. It is advised that children who have been diagnosed with this illness take plenty of water to keep their bodies hydrated.

3. Avoid scraping or rubbing the skin on the face and neck.

4. Because it is an infectious disease, people should maintain a safe distance from those who are afflicted.

5. It is critical to keep the patient and those around him clean for their health and well-being.

6. Getting enough rest during and after the healing period is critical.

Read Also: How Loneliness Can Affect Your Mental Health

Before leaving home, see a doctor to ensure that you’ve had any essential vaccinations and pre-travel advice for staying healthy when going to a poor country. If you have any of the aforementioned signs and symptoms after returning home, visit a doctor right once. Consult a specialist who specialises in foreign medicine or infectious diseases if possible. It would be beneficial if you informed your doctor about your trip plans.