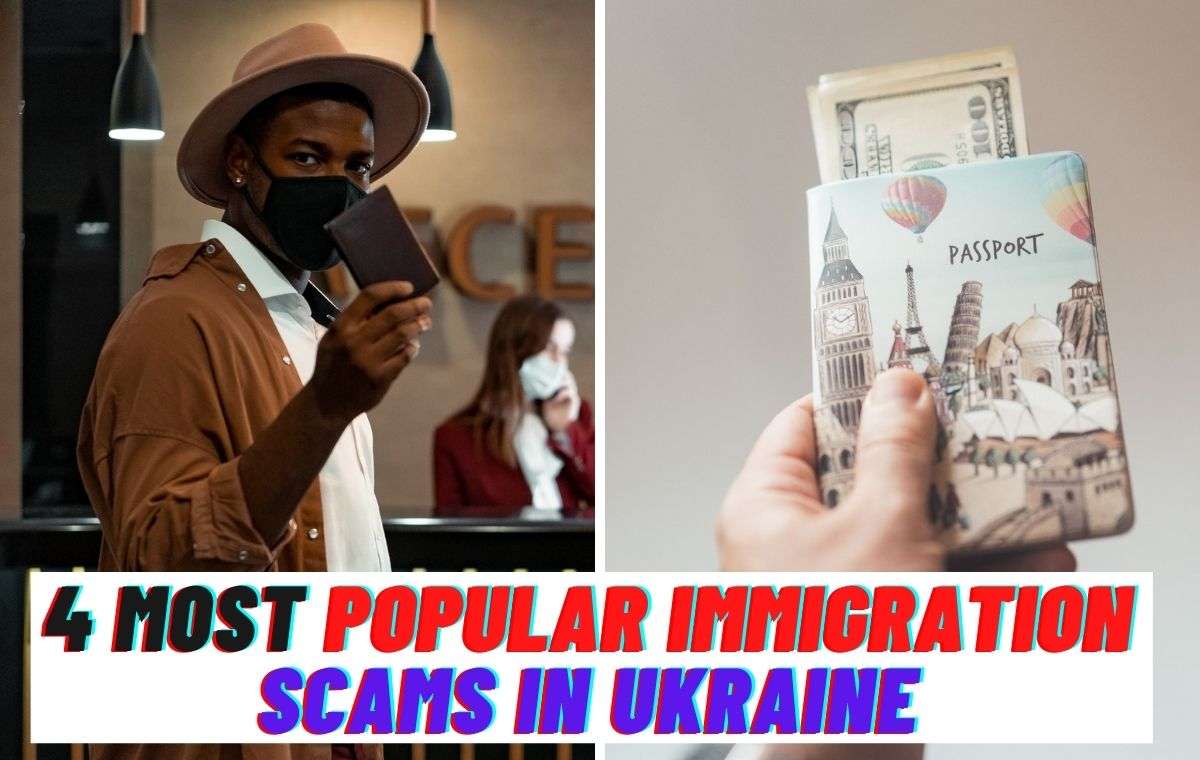 The immigration industry is fraud-prone worldwide as a foreigner who does not speak the local language does not know the local laws, and does not understand the local mentality is easy prey for fraudsters. This is a complete guide about the 4 Most Popular Immigration Scams in Ukraine. To know more, read the full blog.

There are 4 Popular Immigration Scams in Ukraine which we will analyze now.

It is the most common scam and it looks like the following:

We say it is a scam because such NGOs are founded without the purpose of doing any charity. Their real purpose is to sell volunteering invitations to foreigners so they could come to Ukraine and get their residence.

Such volunteering invitations are relatively very cheap and cost usually a couple of hundreds of USD. Thus, foreigners from less developed countries used to utilize this option a lot. It has become so popular that Ukrainian law enforcement bodies are well aware of this illegal scheme now.

If you are a citizen of India, Pakistan, Iraq, Turkey, Saudi Arabia, and other African and Asian countries, then you can buy this volunteering invitation from an NGO but the chance that you will get a visa or residence is close to zero.

Most probably a consulate or the immigration service will refuse to grant you a visa or a residence permit because they are confident that you are simply trying to use this option for immigration and not for real volunteering work.

Citizens of the US, Canada, the EU, and of other more developed countries still may get residence through volunteering yet there will always be a risk of being caught. Just imagine an NGO that does not do any real work with tens of volunteers from foreign countries who also can’t prove any volunteering. Sooner or later Ukrainian law enforcement agencies will close it down and apply sanctions on all its “volunteers”.

If someone tells you that all that is written here is not true and none of such “volunteers” has ever had any issue and still happily live in Ukraine, then simply contact us and we will send you numerous relevant court decisions and reports published by the Migration Service.

You are free to use this option only if you want to come to Ukraine to volunteer and you are invited by an NGO that does some charity activity instead of simply inviting foreigners. For example, this option is widely used by churches inviting priests.

This is probably the second most popular scam after selling fake volunteering invitations and is very similar to it.
This is how it is done:

Next, there are 3 possible variants of the next events:

A . Usually all “immigration support” ends with a work permit. It is kind of like the “you’ve got your work permit thanks to which you got your visa and came to Ukraine so what else do you need” approach. When the 90-day visa expires the foreigner becomes illegal. I would call this situation pure fraud and nothing else.

B . Another possible option is when a foreigner comes to Ukraine and this company does help him/her to apply for a 1-year residence permit. But such a company again does not do any real business yet has several foreigners employed who also do not do any work. Moreover, it is even easier to prove that this all is fake compared to volunteering because the company has also to pay the salary and taxes to its employees. In the case of foreigners, Ukrainian law obliges employers to pay the minimum salary that equals almost USD 2000 per month plus around USD 1000 tax per month. Of course, your fake employer does not do this. If it did then imagine how much you would need to pay for your fake work permit – not less than USD 3000 every single month.

C . There is also one more variation when an employer does not have to pay USD 3000 per month in salaries. There are cases when this minimum salary rule does not apply. In particular, it does not apply to IT companies hiring foreign IT professionals. So, an IT company is created and it hires foreigners as programmers. In this case, this IT company has to pay in salaries every month USD 300 (instead of USD 3000). But still, in a year it will become USD 3600. Plus, this company does not have any contracts, no work, no income, etc. The only thing it has is foreign employees sitting without work. It is a red flag for law enforcement agencies fighting illegal immigration.

Another popular scam yet not that widespread because it is very expensive. Yet it has an advantage like it allows to apply for permanent residence after 2 years of marriage. Sounds lucrative, doesn’t it?

But many things may go wrong with a just-married family:) Even we don’t know all the possible things that may go wrong but here are a few we have witnessed:

This one is the most expensive scam of the rest. Even if we put aside the unethical side of it, it is still the stupidest thing a foreigner could take as their immigration route.

This is the story of one of our clients. He adopted a child from one woman and got his permanent residence. So far so good. But no normal mother will sell her child, right? This woman was an alcoholic, like anyone else used in such schemes.

Even though this man stopped being a father to this child the Ukrainian legislation obliges such parents to keep paying alimonies to the child until the child turns 18 years old. In this case, the alimonies were around USD 100 per month.

If you do not pay them, then your bank accounts are automatically arrested and the alimonies are collected anyway but you can’t leave Ukraine or the residence might be canceled. So, in the end, there is no residence, deportation, ban, fine, and years of paying alimonies. I would not call this a good deal.

Mind also that such things may be qualified as human trafficking promising a good chance of spending many years in Ukrainian jail.

Promotional Coupon: Use Code “IndianDiaries” to get Exclusive Offer while taking Immigration Consultation for Ukraine.

Read: How to find Jobs in Luxembourg: Earning and Conditions

Also Read: How to Get Jobs in Iceland | Internship | Visa Full Information |

The possible outcome of getting in all such fake immigration attempts very often ends up with any of the following:

Thus, do not be dumb think very carefully if you want to lose your money and get into all these troubles. Believe, there are other legal ways of immigration that are much cheaper and more reliable. The only one who benefits from these illegal schemes is those who sell these options. It is a very profitable business for them.

The above content was prepared by Legal Ideas Law, an Immigration firm based in Kyiv, Ukraine